Cristiano Ronaldo has opened up his fifth hotel with rooms that will set you back more than £370 a night.

The Manchester United legend transcends football and one of his many alternative career ventures is his hospitality business. He has now added to his properties in Lisbon, Madrid, New York and his home island of Madeira with a new hotel in Marrakech, Morocco.

“When I opened the first hotel with the Pestana Group in 2016, our ambition was to create an international brand,” Ronaldo said as the first reservations were welcomed online. “Since that first milestone in Madeira, our home, followed by the Lisbon hotel, we have already expanded to Madrid and New York.

“Opening this hotel in Marrakech takes us to the fifth city. But more than just a number, it represents my connection to a country that I am passionate about, and where I am always made to feel most welcome.”

The 37-year-old also declared that a sixth hotel is in the works as “the expansion of the Pestana CR7 Lifestyle Hotels is set to continue”. He is of course nearing the end of his playing career which will afford him more time to focus on his many projects.

Pestana Group president Dionisio Pestana added: “The partnership between the Pestana Hotel Group and Cristiano Ronaldo enters a new chapter, with the first hotel in Africa.

“A continent where the group began its internationalisation more than 20 years ago and where there is a true and unconditional passion for football, where Cristiano is an expert.” 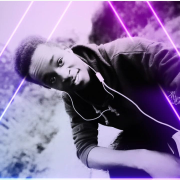 2021 KCPE READY TO BE ANNOUNCED